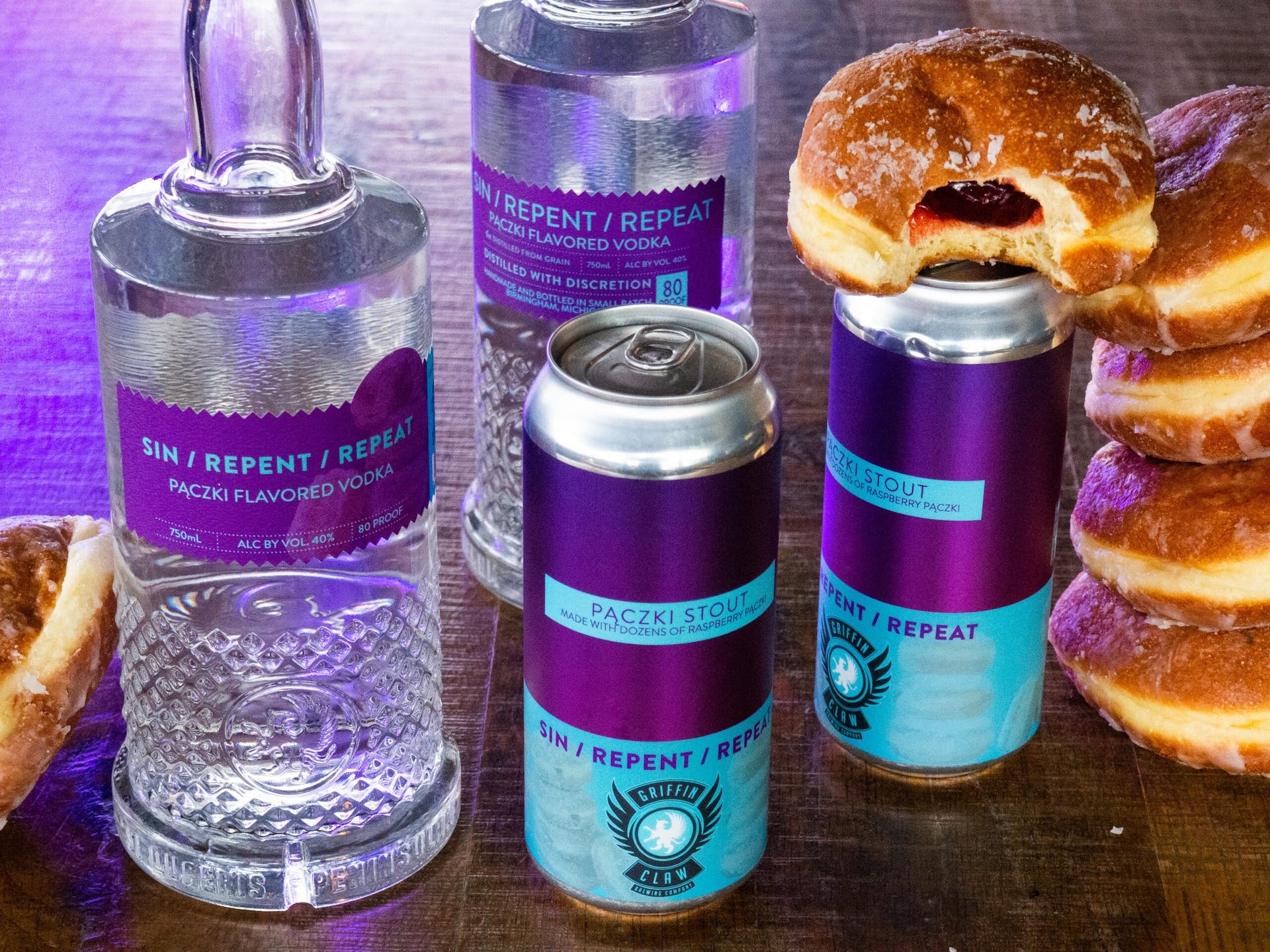 When asked, the team at Griffin Claw said they got the idea from a Distillery in Detroit, the Pączki pioneers in the world of vodka.

“They did it first and did it well, we loved the idea. We always make a pączki beer, but we had way too many pączki for our beer recipe this year so we just threw them in the still”, said Jason Schrider, Operations Director at Griffin Claw. “We didn’t make much as we didn’t have too many pączki left, but it will be a fun addition to our beer for the vodka drinkers on Fat Tuesday”, he concluded.

The vodka will go on sale alongside the vodka on February 15th to stay ahead of Fat Tuesday on March 1st. It will be available at both Griffin Claw taprooms in Birmingham and Rochester Hills along with their paczki stout, both sharing the Fat Tuesday spirited name, Sin / Repent / Repeat.

The vodka and the beer were made with a mishmash of pączki flavors, mostly raspberry, strawberry, and prune. The flavor really comes through as doughy with strong vanilla notes and very slight hint of raspberry. The spirit should pair perfectly with a fresh baked pączki