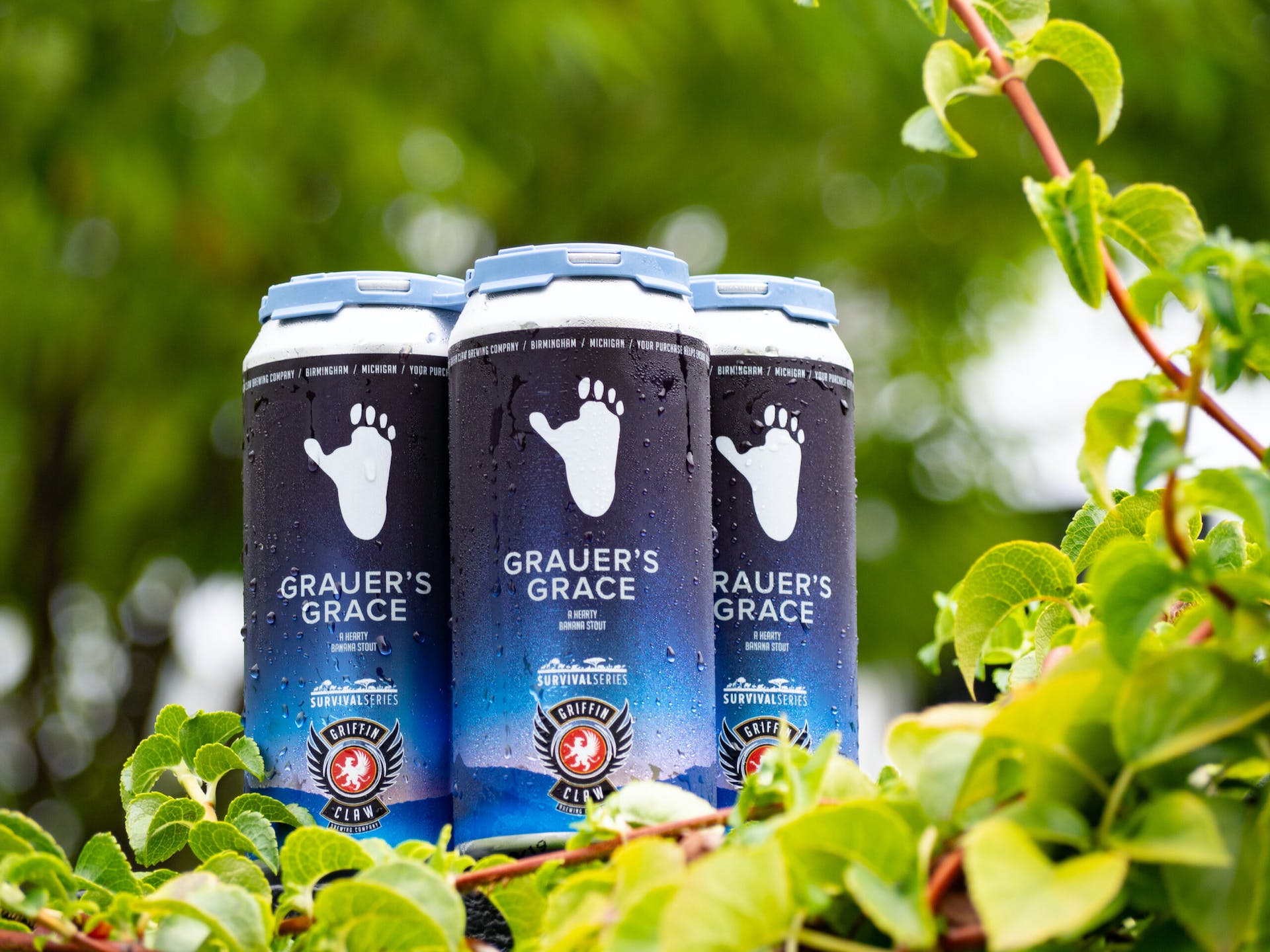 Griffin Claw Brewing Company is introducing another great beer for a good cause with the release of Grauer’s Grace, a hearty banana stout. The new brew highlights the Detroit Zoological Society’s (DZS’s) involvement with the Gorilla Rehabilitation and Conservation Education (GRACE) Center in the Democratic Republic of Congo to provide rescue, rehabilitative care and reintroduction of the highly endangered Grauer’s gorilla.

The GRACE Center provides a home for orphaned Grauer’s gorillas whose parents were killed by poachers. The DZS has financially supported GRACE for years and assisted the GRACE staff with DZS veterinary care – providing wellness exams on the gorillas living there – and with the development of humane education programs for children and adults in nearby Congolese communities, helping to encourage humane practices that result in a positive impact for people, animals and their shared home.

“The GRACE project is one of the most unique conservation, welfare and humane education initiatives we’ve ever been involved with,” said Ron Kagan, DZS executive director and CEO and former chair of the GRACE board. “Now there is a unique beer to help bring awareness to the wonderful work being done to help Grauer’s gorillas.”

Grauer’s Grace is the second in a series of four limited-edition brews Griffin Claw is producing under the Survival Series label. The first, Piping Plover Pilsner, recognizes the DZS-led recovery program for the endangered Great Lakes piping plover. Future releases will highlight the DZS’s conservation work to restore wild populations of the critically endangered Panamanian golden frog and the Partula nodosa, a Tahitian land snail. For more information, visit dzoo.org/survival.

Grauer’s Grace will be one of dozens of unique beers available at Zoo Brew on Friday, September 20, featuring more than 130 offerings from Michigan craft breweries, live entertainment, access to the Detroit Zoo’s animal habitats until twilight and zookeeper talks. For information and to purchase tickets, visit the Events section at detroitzoo.org.

The debut of the new brew also coincides with World Gorilla Day on Tuesday, September 24, when the DZS hosts a celebration from 11 a.m. to 3 p.m. at the Detroit Zoo’s Great Apes of Harambee. Through interaction with animal care staff and educational activities, guests will gain a deeper understanding of these primates and their wild counterparts. Zookeeper talks will be held at 11:30 a.m., 1:30 p.m. and 2:30 p.m., offering fun facts about half-brothers Pende, Kongo and Chip, the three silverback western lowland gorillas who live at the Zoo.

Grauer’s Grace is available in a four-pack of 16-ounce cans at the Griffin Claw Taproom in Birmingham, and will also be sold at Detroit Zoo concessions and in grocery stores and specialty markets throughout Metro Detroit.

“We are excited to offer beer lovers the chance to ‘go bananas’ over this newest brew while learning about Grauer’s gorillas, the challenges they face in nature and what we can all do to help,” said Griffin Claw Sales Director Kyle VanDeventer.