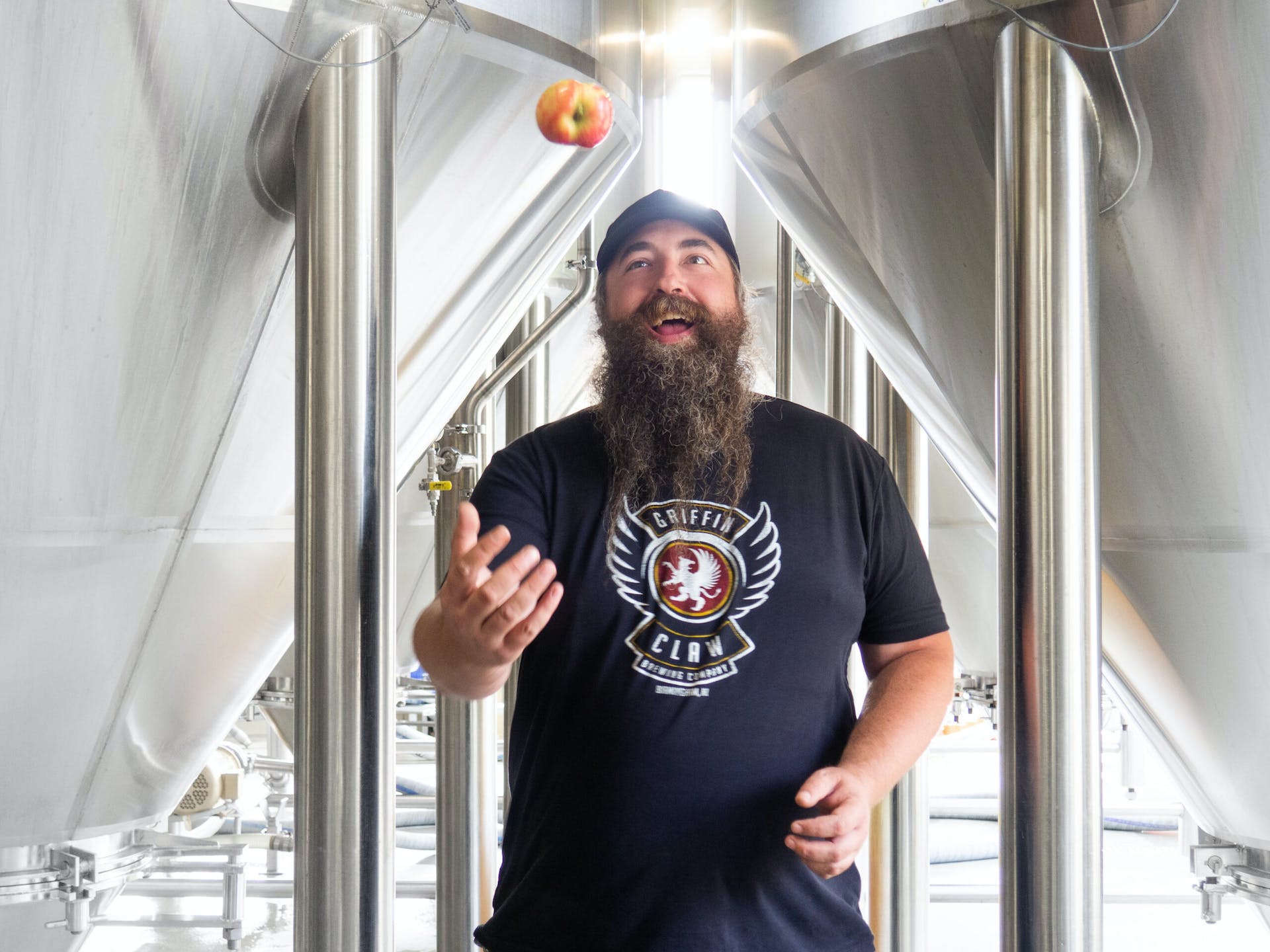 “We are beyond thrilled to bring Ian on to the team here at Griffin Claw” says Griffin Claw Sales Director Kyle VanDeventer, “Like everyone else, we were incredibly bummed at the news of Cellarmen’s closing, they truly left a mark on the industry. But we knew that void wouldn’t go unfilled, and we’re just happy to help fill it. We’ve always been fans of Ian’s work, so we’re proud and excited to bring him on board, give him the tools and freedom he needs, and see where this new adventure takes us”.

Radogost-Givens has some wild plans in store for Griffin Claw’s cider and mead program. He intends to bring in different varieties of heirloom apples while experimenting with natural and wild fermentation of ciders in addition to sour ciders, barrel aging and blending. For mead, he’s all about pushing the boundary from dry to semi-sweet styles, experimenting and carving out a niche.

“I’m mostly excited to keep growing the knowledge and attention of meads and ciders and to keep on pushing the limits and progression in ways that are non-formal to what the public is used to,” says Radogost-Givens, “stoked being able to join such a well-respected company and team within the Michigan craft industry”.

Prior to Cellarmen’s, Ian spent 7 years helping build one of the largest meaderies in the world, making Ratebeer’s top 50 Brewer’s list 4 years in a row.  His awards include Gold, Silver, and Bronze medals for mead and cider respectively at the Mazer Cup and GLINTCAP.  In addition, Radogost-Givens produced the first ever mead to place, let alone take First at the Festival of Barrel Aged Beers, the largest and most prestigious barrel-aged beer festival and competition.