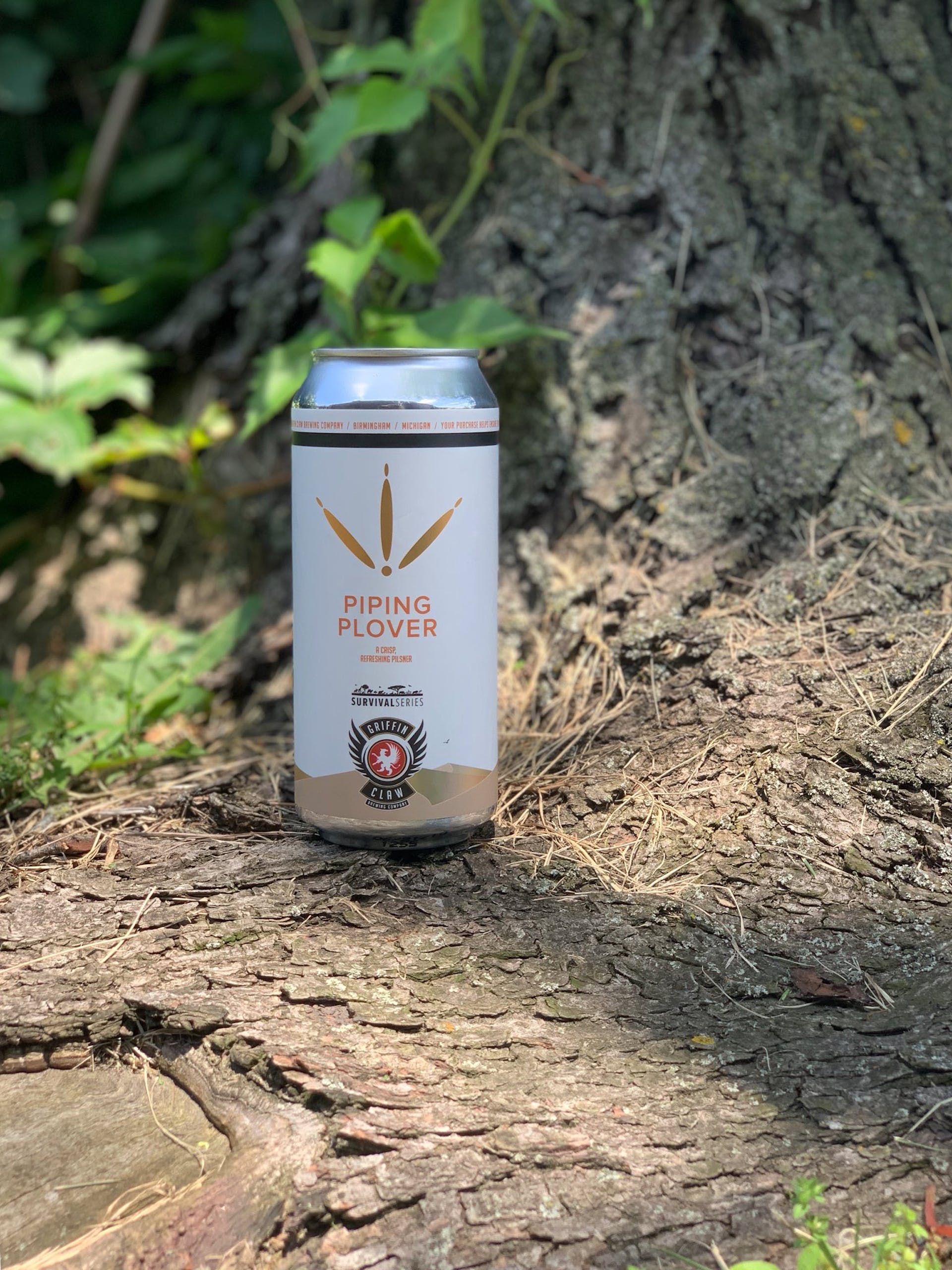 The Detroit Zoological Society (DZS) and Griffin Claw Brewing Company are teaming up for wildlife with the release of Piping Plover Pilsner, a special beer highlighting the DZS’s conservation work for the endangered Great Lakes piping plover. Launching this week, the limited-edition brew will be available in four-pack 16-ounce cans at Griffin Claw in Birmingham. The suds will also be sold in select grocery stores and specialty markets throughout Metro Detroit. For each beer sold, Griffin Claw will donate a portion of proceeds to support the DZS’s wildlife conservation work.

Each summer for nearly two decades, the DZS has organized a large group of bird care staff from zoos across the country who travel to Michigan’s Biological Station in Pellston to work on the captive-rearing effort for the Great Lakes piping plover. The team incubates eggs and raises chicks from abandoned piping plover nests or broods. The chicks are cared for until they fledge and are ready to be released to join wild plovers.

When a federal recovery program was established by the United States Fish and Wildlife Service in 1986, fewer than 20 pairs of Great Lakes piping plovers existed and this isolated population was close to extinction. Though the species is still extremely vulnerable to extinction from predation, beach development and nest disturbance, the salvage captive-rearing program has been part of an effort that has helped recover the wild population to 63 pairs in 2018, nearly halfway to the recovery goal of 150 pairs.

“We are thrilled to partner with Griffin Claw to raise awareness of recovery efforts for the Great Lakes piping plover,” said Ron Kagan, DZS executive director and CEO. “This unique brew will help spread the word to a whole new audience about the conservation needs of this tiny shorebird and help educate the public about saving wildlife and wild places. We think our Millennial audience in particular will enjoy helping a good cause while drinking a great beer.”

Piping Plover Pilsner is a “crisp, refreshing pilsner” made with locally grown and sourced grain, hops and malt. It is the first in a series of four special brews Griffin Claw will introduce under the Survival Series label. Future releases will highlight the DZS’s conservation work for Grauer’s gorillas, Panamanian golden frogs and Partula snails. Each beer will have a unique recipe and a label featuring that species’ conservation story. For more information, visit dzoo.org/survival.

“Partnering with the Detroit Zoological Society on these special brews is an exciting opportunity for us and a fun way to engage our customers in helping to save the planet and the wildlife that inhabit it,” said Griffin Claw Sales Director Kyle VanDeventer.