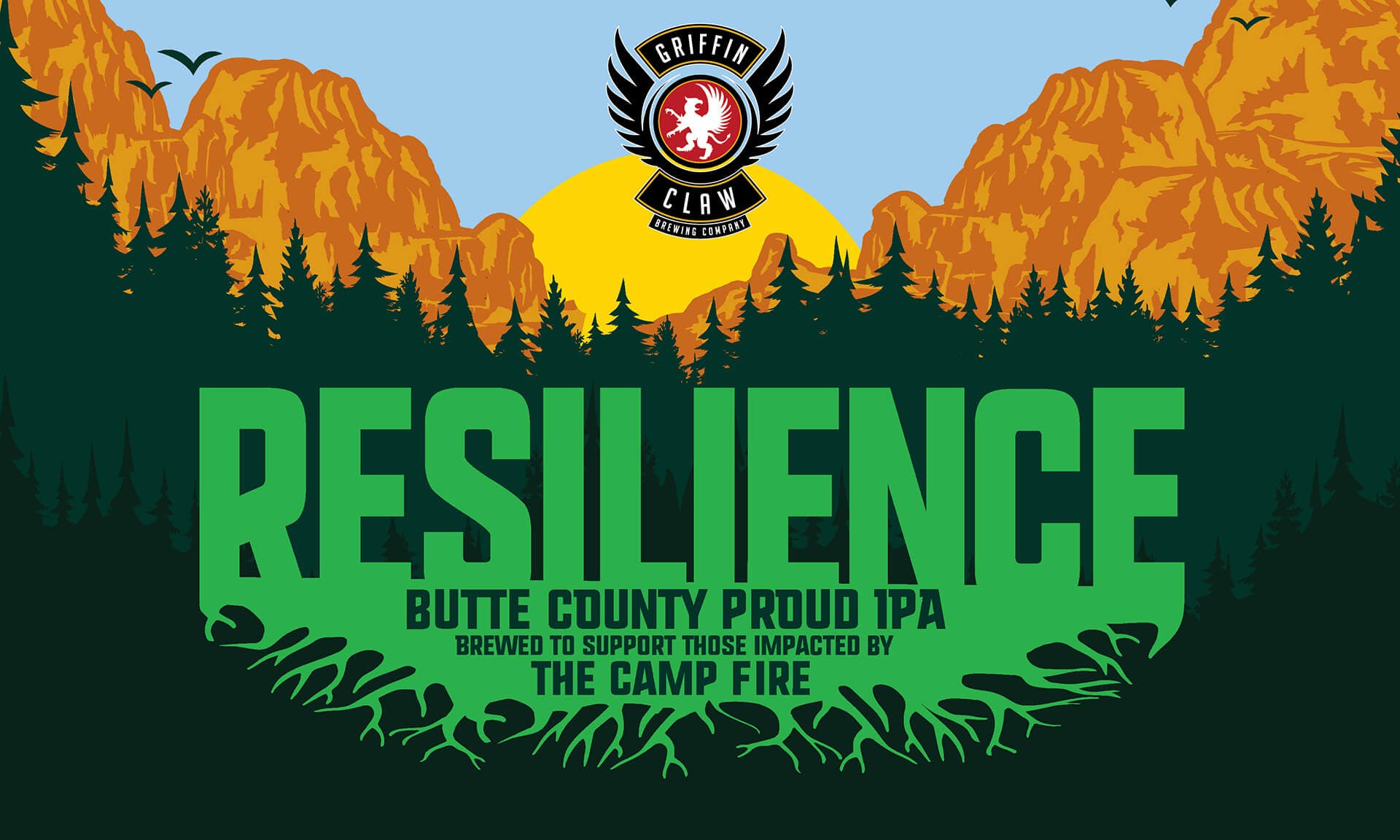 BIRMINGHAM, MI, Janurary 5 – Griffin Claw Brewing Company has joined over 1,400 breweries across the country to help those impacted by the Camp Fire in Northern California.

“Resilience IPA” is a beer based off the original recipe shared by Sierra Nevada Brewing Company who launched and organized this large-scale collaboration to support the communities impacted by the wildfire.  100% of proceeds Griffin Claw makes from selling this beer in their taproom will be donated to The Sierra Nevada Camp Fire Relief Fund.

“It was incredible to see the outpouring of support from the brewing community when Sierra Nevada announced this collaborative opportunity to help,” said Griffin Claw Sales Director Kyle VanDeventer, “We wanted to help any way we could and are just humbled to do our part with so many other great breweries.”

It was not a simple task for Griffin Claw to just make an unexpected new beer. “We wanted to help but we just didn’t have any open tanks at the time,” said Brewmaster Dan Rogers, “We actually had to have an extra tank shipped in and hooked up just so we could have somewhere to ferment Resilience, but we got it done and it’s on tap!”

Other metro Detroit breweries who have joined this collaborative effort include: